Keith Richards, headshot at his North Salem hideway, NY, 1977
Dear friends,
I am glad to announce my participation at Photo London at the Somerset House from 21 to 24 may 2015, stand C11. I will show a selection of GERARD MALANGA’s vintage and contemporary silverprints. Born in New York in 1943, Malanga was a major influence on many of the paintings and films in Andy Warhol’s studio, known as The Factory. The New York Times called Malanga “Warhol’s most important associate”. Besides starring in several Warhol films, he and Warhol collaborated on nearly 500 individual three minutes “Screen Tests”, which resulted in a selection for a book of the same title, published by Kulchur Press.
We will also exhibit KIMIKO YOSHIDA with two new sculptures, a way to say that a photographer can also move into the three dimensions.
Caroline Smulders

Gerard Joseph Malanga is an American poet, photographer, filmmaker, curator and archivist most famous, perhaps, for his work with Andy Warhol during the artist’s most creative period in the mid-Sixties. He was recently in Glasgow as the “official poet” of that city’s International Festival and while there he visited The Poetry Club to exhibit some of his photographic work, show a short documentary and to recite some poetry. For Louder Than War, BMX Bandit and long time fan of Gerard Malanga’s work, Duglas T. Stewart, describes how the evening unfolded.

Quincunx is available to ship next week.

A limited edition, handsewn chapbook of new poetry from: 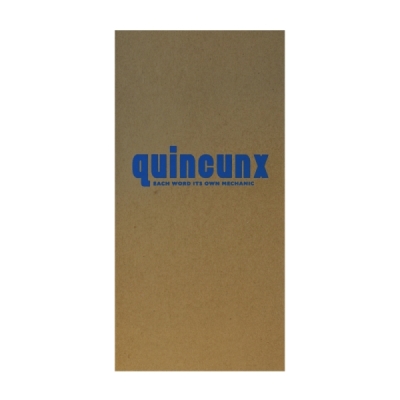 Strictly limited to 50 numbered copies only

Prior to the official publication date of May 1st, A Lean Third,
a new story collection from James Kelman, is now available for pre-order. 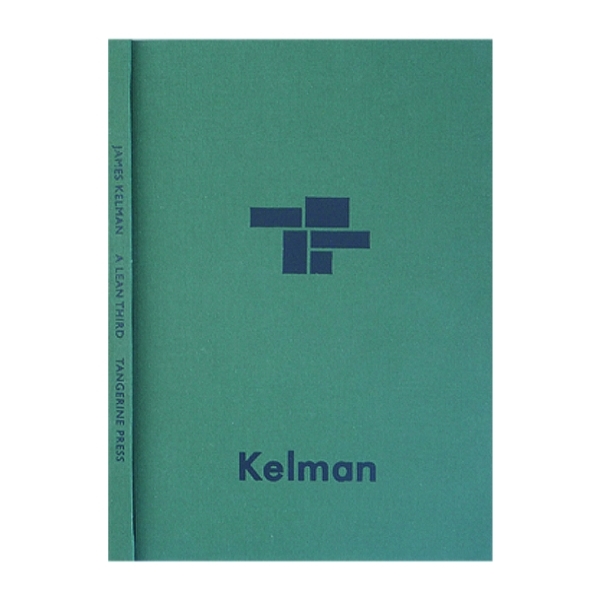 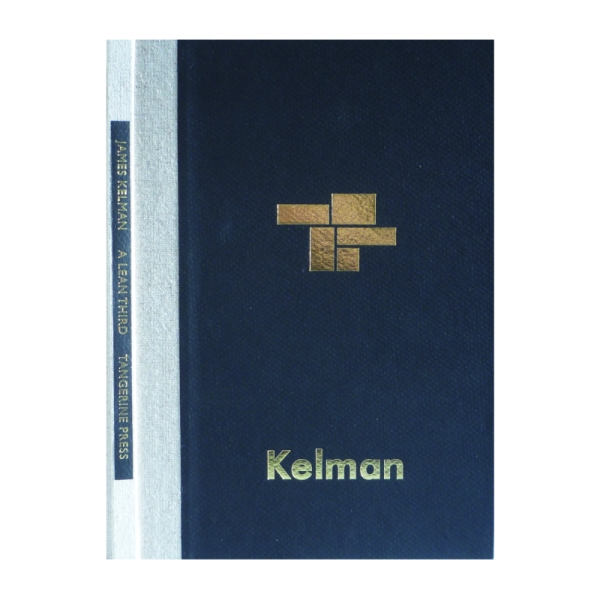 For more information and to secure your copy, go to:

More pictures in the site of  Djeloul Marbrook at : http://www.djelloulmarbrook.com/gallery/gerard-malanga-receives-first-poet-distinction-award-edna-st-vincent-millay-society

For forty minutes last night, as sirens slashed the frigid silence outside and painted the inside of an art gallery emergency red, the poet Gerard Malanga read poems about eminent people he has known or studied—among them Gabriel d’Annunzio, Valerie Eliot, Edna St. Vincent Millay, and Gore Vidal.

Malanga, as famous for his photography as his poetry, never gets in the way of a poem. His readings are singular acts of faith in the work. The actor Matthew McConaughey recently said in a similar vein that getting out of the way of a script is crucial to him.

All recent, unpublished and never-before-read, the poems Malanga read at McDaris Fine Art Gallery in Hudson, New York, are keenly observed encounters with people, their natures and their intellects.

Malanga’s is a fond eye. Often he is more interested in the companions of the famous than the famous. He is electrically aware of the circumstances and environs in which he encounters them.

In one poem the novelist Saul Bellow wants to play softball and tries to rouse the sleepy young Malanga. The poem, like many others, suggests Malanga’s filmmaker’s eye. He remembers not only what people said, what they look like, but how they moved. He remembers encountering, for example, the photographer Diane Arbus in the library of The New York Times, and in a few lines he gives us an Arbus nobody else has described quite so insightfully. Describing William Burroughs, we get the writer’s cranky whisper. It would have come across in the words even if Malanga hadn’t mimicked the sound.

More than most poets, Malanga has spent a lifetime among fellow poets, artists, filmmakers and photographers, and in his poems we encounter them glowing with Malanga’s love for them. That is a rare achievement in any art form, redolent, say, of Johannes Vermeer’s unmistakable feelings for The Girl With the Pearl Earring.

It is a tribute to Malanga’s personal style as well as his work that the audience’s response to his poems often consists of the silence of awe and the sort of murmuring that denotes profound impact. Rather than break his spell, the audience reserves its sustained applause for the end of his readings. People who frequent poetry readings will recognize this as a rare salute.

« Dad 3, » a poem about vacationing with his father in the Shawangunk Mountains of New York, gives us an early and excruciatingly intimate glimpse of the astute observer Malanga would always be. But it gives us something else, something that bends a brilliant spotlight back on his earlier work. At some point he leaves his father and returns to a barn where he speaks to the animals in a language he has now forgotten. But Malanga has never fully forgotten that language, and it both informs and haunts his poems.

The Millay Colony for the Arts and the Edna St. Vincent Millay Society, which sponsored last night’s reading, could not have chosen a more appropriate poet to receive its first Steepletop Poet of Distinction Award. (Greg Vogler, a Millay trustee, is shown here making the award).  Malanga shares with Millay a clear voice, an undeterred eye, and, perhaps most of all, a gift for setting up a vibration that rewires the circuitry of a place and a time.

Steepletop is the name Millay and her husband Charles Frederick Ellis, an artist and actor, gave their home in Austerlitz, New York, near Chatham. But what makes the award even more relevant is that Millay Colony and the Edna St. Vincent Millay Society share with Malanga a profound interest in other creative people. The gift Millay Colony presented Malanga last night is as appropriate as the award, a first edition of Millay’s What Quarry, Huntsman, 1933. Malanga is a book dealer and rare book collector.

Reading from a portfolio on an antique suitcase, an inspiration of gallerist Wendy McDaris (shown here arranging Malanga broadsheets), Malanga and his overflow audience were surrounded by Millay artifacts, photographs, china, Millay’s typewriter, and first-edition books.

Malanga is the official poet of the Glasgow (UK) International Arts Festival, April 4.

Charley Plymell shows a painting that William Burroughs gave him.

Charley Plymell’s long, seemingly endless strings of emails are fascinating to read. He has known so many Beat writers and artists and has popped up in so many places with them that I can’t help thinking of him — half in wonder and half in disbelief — as the Zelig of the Beat Generation. Unlike Zelig, however, he has actual evidence to support his many, many tales. There he is in snowy Cherry Valley, for example, displaying a painting by William Burroughs that Burroughs once gave him and his wife Pam. “We sold it over phone … 3 grand,” he noted, and attached the photo. And there he is, in another attachment from another email, on a poster to promote a recent appearance in Brooklyn with Gerard Malanga. Of course, if you call Charley a Beat poet, he’ll tell you he is no such thing and you may be subject to a lengthy rant about various Beat luminaries who failed to live up to his ideals.

+++One reason those strings of emails make interesting reading is that Charley’s correspondents, among them A.D. Winans, Roxie Powell, and too many others to name, love to jump in with tales of their own. Here’s a tale Powell told about San Francisco that caught my attention. I call it Side A, because it turned out to have a Side B.

Most of the time I went to a bar on Grant Ave., and wish I could remember the name. It was about a block back down Grant from Gino and Carlos. Had plenty of good escapades there. My favorite was the night some stewardesses were there and guys were hitting on them and they had the center of attention down at the end of the bar with their backs to Grant Ave. A lady comes in and sits at the bar to my right a couple of stools and orders a beer. After listening to the Stewardesses for a few minutes she turns to me and says, “Personally, I’d rather do it than sit around and talk about screwing all night.” Took me a moment to digest that, and I said, “Yeah, I agree.” Then she said, “Do you want to do something about it?” “Sure,” I said. So we left and I followed her in her car out Geary Boulevard until we got to her apartment. Went upstairs and had a wunnerful time. Next morning she gave me her card, she was an operating room surgical nurse and did not get off duty until 12 midnight. Too late to have normal acquaintanceship, she said. Said I could call her anytime and if she was tied up she would say. Otherwise I could come up. I carried that card around in my billfold until it got mold on it. As long as I had it on me I felt warm and serene.

As I recall, Winans guessed — correctly it seems — that the bar Powell was talking about must’ve been the old Coffee Gallery. I messaged Powell that I wanted to post his story. He replied with the other side of that tale.

Things didn’t always happen so smoothly in that place, at least for me. One night I was sitting about where those stewardesses were and a lady popped onto the seat next to me. She seemed to think that I couldn’t help myself from hitting on her. So she looked at me and said something like, “So you like to come in here and hit on us, just like all these other guys. They make me sick.” “Well,” I said, “It’s better than lying on the bed upstairs and masturbating.” And at that she spit at me and, with a few words, left. Several patrons looked at me like I had attempted to rape her. This was long before anyone could under any circumstances at all admit to onanism.