To mark the 92nd anniversary of his birth, we remember Jack Kerouac and his fondness for félines. 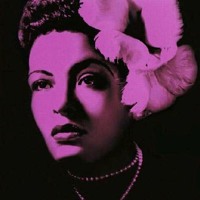 song based on the poem « Prisoner of Loneliness » by A.D. Winans, with a nod to his old friend Kell Robertson

More pictures in the site of  Djeloul Marbrook at : http://www.djelloulmarbrook.com/gallery/gerard-malanga-receives-first-poet-distinction-award-edna-st-vincent-millay-society

For forty minutes last night, as sirens slashed the frigid silence outside and painted the inside of an art gallery emergency red, the poet Gerard Malanga read poems about eminent people he has known or studied—among them Gabriel d’Annunzio, Valerie Eliot, Edna St. Vincent Millay, and Gore Vidal.

Malanga, as famous for his photography as his poetry, never gets in the way of a poem. His readings are singular acts of faith in the work. The actor Matthew McConaughey recently said in a similar vein that getting out of the way of a script is crucial to him.

All recent, unpublished and never-before-read, the poems Malanga read at McDaris Fine Art Gallery in Hudson, New York, are keenly observed encounters with people, their natures and their intellects.

Malanga’s is a fond eye. Often he is more interested in the companions of the famous than the famous. He is electrically aware of the circumstances and environs in which he encounters them.

In one poem the novelist Saul Bellow wants to play softball and tries to rouse the sleepy young Malanga. The poem, like many others, suggests Malanga’s filmmaker’s eye. He remembers not only what people said, what they look like, but how they moved. He remembers encountering, for example, the photographer Diane Arbus in the library of The New York Times, and in a few lines he gives us an Arbus nobody else has described quite so insightfully. Describing William Burroughs, we get the writer’s cranky whisper. It would have come across in the words even if Malanga hadn’t mimicked the sound.

More than most poets, Malanga has spent a lifetime among fellow poets, artists, filmmakers and photographers, and in his poems we encounter them glowing with Malanga’s love for them. That is a rare achievement in any art form, redolent, say, of Johannes Vermeer’s unmistakable feelings for The Girl With the Pearl Earring.

It is a tribute to Malanga’s personal style as well as his work that the audience’s response to his poems often consists of the silence of awe and the sort of murmuring that denotes profound impact. Rather than break his spell, the audience reserves its sustained applause for the end of his readings. People who frequent poetry readings will recognize this as a rare salute.

« Dad 3, » a poem about vacationing with his father in the Shawangunk Mountains of New York, gives us an early and excruciatingly intimate glimpse of the astute observer Malanga would always be. But it gives us something else, something that bends a brilliant spotlight back on his earlier work. At some point he leaves his father and returns to a barn where he speaks to the animals in a language he has now forgotten. But Malanga has never fully forgotten that language, and it both informs and haunts his poems.

The Millay Colony for the Arts and the Edna St. Vincent Millay Society, which sponsored last night’s reading, could not have chosen a more appropriate poet to receive its first Steepletop Poet of Distinction Award. (Greg Vogler, a Millay trustee, is shown here making the award).  Malanga shares with Millay a clear voice, an undeterred eye, and, perhaps most of all, a gift for setting up a vibration that rewires the circuitry of a place and a time.

Steepletop is the name Millay and her husband Charles Frederick Ellis, an artist and actor, gave their home in Austerlitz, New York, near Chatham. But what makes the award even more relevant is that Millay Colony and the Edna St. Vincent Millay Society share with Malanga a profound interest in other creative people. The gift Millay Colony presented Malanga last night is as appropriate as the award, a first edition of Millay’s What Quarry, Huntsman, 1933. Malanga is a book dealer and rare book collector.

Reading from a portfolio on an antique suitcase, an inspiration of gallerist Wendy McDaris (shown here arranging Malanga broadsheets), Malanga and his overflow audience were surrounded by Millay artifacts, photographs, china, Millay’s typewriter, and first-edition books.

Malanga is the official poet of the Glasgow (UK) International Arts Festival, April 4.